This poem is dedicated to all those suffering in the wars of the day and the hope for peaceful resolution. It is a play off the line by Shakespeare in Julius Caesar, “Cry, ‘Havoc!’ and let slip the dogs of war.” PLEASE share this poem peace loving friends! Perhaps the flutter of a butterfly’s wings here can have a great impact somewhere else in the world… Thanks, Luke

It doesn’t take long to miss her now

It used to take  longer

When I was used to it

A thousand miles between us

And weeks at a time

I was so busy

And the diesel engine so loud

And the night was too quiet

In whatever flophouse motel I found on the road

But now it is different

I see her every day

I lay by her every night

As I will be moments from now

If more than twenty miles separates us

It is a rare occurrence

After but a few hours away

I feel the longing

Because it doesn’t take long to miss her now 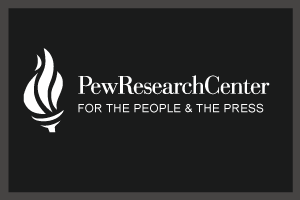 According to recent Pew research data, Muslims and Atheists are the least favored religious groups in America. Per the Pew data, Muslims and Atheists rated only a 40/41 on the cold side of the Pew “Warm-Cold” scale. Jews, Catholics, and Evangelical Christians rated on the warm side at a 63, 62, and 61. The middle ground of the scale was made up of Buddhists, Hindus, and Mormons ranking 53, 50, and 48.

One can argue that Atheists, such as myself, do not comprise a “religious group” as atheism is not a religion. But, religious polls only have so much room to make such distinctions.

Being that approximately 78% of Americans claim a Christian affiliation of some stripe according to 2008 Pew data, it is not so surprising that Muslims and Atheists are among the least regarded groups in the USA. It can be discouraging to know that the majority of Americans automatically have a generally negative feeling toward you if you fall into one of the two coldly viewed groups.

My advice is, take people one at a time as much as possible. Get to know someone a bit before you automatically dislike them. Perhaps even assume that you will like a person until they give you a reason not to. There is too much division in our Nation as it is. Many of us, even who are in different religious or ideological groups, can still find common ground and a point of solidarity between us. Hopefully, all groups can take a “warmer” view toward others of different groups and judge one another based on our individual character rather than our theological distinction.

Please take a moment to answer this poll below to share your own opinion. Thanks! 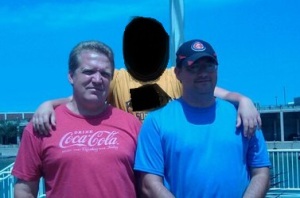 This is an update to a story that I previously covered on my blog regarding a large “Spice” bust in Central Indiana. The primary alleged ringleader was Pastor Robert Jaynes Jr. per the filed court documents. Jaynes is currently the pastor of the Irvington Bible Baptist Church in Indianapolis. He has yet to be officially relieved of his pastoral role or resign from his ministerial position in the church.

His alleged “Number Two Man” in the drug ring was Kirk Parsons, also a member of the church. In the first round of charges filed and arrests made several months ago, only lower tier individuals in the alleged ring were charged. Pastor Robert Jaynes Jr. and Kirk Parsons were not charged or arrested at that time. I was told by a relevant investigating official I interviewed that charges were expected to come in the near future for the two supposed ringleaders. The ring was said to have operated in multiple states and to have imported illegal substances from overseas, so there would potentially be Federal charges against them, as well as charges in several states. In the original batch of charges filed, Pastor Jaynes’ wife, Stacey Jaynes, and Kirk Parsons’ wife, Sherry Parsons, were both charged. Several other members of the Irvington Bible Baptist church were also charged.

Please read my previous article that extensively covers the situation and previous charges at the link below:

Ironically, the first charges made against Pastor Robert Jaynes Jr. and Kirk Parsons were recently filed in Missouri by the United States Attorney’s Office. Charges were filed or arrests made on a total of twenty-eight individuals, including Jaynes and Parsons.

The complete court documents filed in the United States District Court, Eastern District of Missouri Division can be found at this link:

A synopsis of the case and charges can be reviewed on the website of the U.S. Attorney’s Office at this link:

This is a link to a story by the St. Louis Post on the charges and arrests:

I will continue to share relevant updates to this case as I am privy to them.

I bless you my fellow man

With no blessing other than I can give

I bless you by none higher than myself

I pray no gods to show you favor

Nor implore devils to stay their hands from harming you

I bless you only by myself

Praying you find not my benison wanting or having fallen short

Nothing I have to offer but my temporal frame

I hope it is enough

No reward to give but my own

Unremarkable though it may be

I have no eternity to offer

So I must present but my life and loyalty

We must find our own purpose together

And no promise from above

As we must be our own guarantee

The lines are not always drawn so straight

We will have to sort it out as we go

But, still I bless you

Along with the earth, animals, fish, birds, insects

One man and a woman from his rib

Not bad for a week if I do say so myself

The angels were quite impressed

But, everything I do impresses them

It gets kind of old if I’m being honest

But now the anticlimax of day seven

And every day after

It’s only a matter of time until the two fall

And I have to fix it all

Well, in a way

They will think me merciful for cleaning up their mess

Clothing them with skins once the curse comes

Even being willing to send my son in the long run

To save them from what I’ll do to them

If they don’t ask me to save them

It’s all hollow to me

The praise and the worship they shower on me

Thank you for cleansing our sin and delivering us from evil! We praise you, oh God!”

It isn’t that I don’t appreciate it

But what they never think about

As they contort their faces and prostrate themselves before me

Is that before they fucked it all up

I fucked it up first

I made the damn place to begin with

The universe, the world, and everything in it

Yeah, the players of the game went bad

But I made the game

And I set the rules

They were destined to fail

If anyone needs forgiveness

The hell of it is

I can’t do a damn thing wrong

Whatever I do is holy

Even if it isn’t

Here on the seventh day

The bow has been drawn back

And I shot the arrow

I know the whole script

I know how it all plays out

I won’t even enjoy watching the flick

Even though I could make myself infinite popcorn

Looking at me in adoration

For being the greatest writer/director/actor of all time

I know I’m all powerful

But since I already predestinated the whole thing

I wonder if I could change it now, even if I wanted to

I am actually afraid to try

On this seventh day and every day after

With all his children killed

Just to be left with a nagging wife

And a few bitching friends

Still he will bless me

Even in his despair

Then, when all hope is lost, I’ll swoop down

Like a magician impressing kids at a birthday party

But the devil doesn’t know that

Only I know every twist and turn

Trying to earn his way back into my good graces)

Yet, for the sake of appearances

I’ll act surprised every now and then

That “wondering what will happen”

It is the essence of their experience

I’ve been around since Alpha

And will be here until Omega

Without a friend to tell my problems to

A bastard son with no father

No God to call my own

That will never come to a stop

And I still have forever to go

On this seventh day

And every day after…

I heard her ask, “What is the definition of love?”

The definition of love?

As Ingersoll spoke of the ocean

Love is the same

When one stands on the edge of the sea

To gaze at its wonder

He receives the echo of his own self

His thoughts, moods, and experiences

When one opens the pages

Of the book called, “Holy”

He sees in that god

His own character reflected

And finds the Jesus who he is seeking

The one he himself is

They happily discover Jesus’ words in the Gospel of Luke,

“But those mine enemies, which would not that I should reign over them,

bring hither, and slay them before me.”

And then smile, thinking within their mind,

“How ironic it is that Jesus was so much like me the whole time.”

This is the meaning of love

Only a fool believes there is just one

Of the meaning of love

When you stand on the edge of the sea of love

You will find naught but yourself

Crashing back at you

Your own answer in the foaming waves

The love you find in life

Can have no fire

But that provided by your own spark

And if the definition you find

Does not suit you

Or if you find the answer to the question

“What is the definition of love?”

I suggest that you change the definition of your own self

So that the music made by the sound of crashing waves

When you stand at the edge of the sea

Loses its dissonant and unpleasant tone

That when the blue deep, in all its glorious fury, smiles at you

You can smile back

At the meaning of it all

What is the definition of love?

I have my own

Fill in the blank

There is a place on the edge of the Grand Canyon

Where once I stood

It, being in the shape of a long, narrow triangle

I walked out to the point

And stood there trembling

With my closest fellow

For to the right and left of me

No stone floor was found

And there was none still in front

Only underneath me and back behind…

So, as my gaze lifted up from my own tattered shoes

As though I floated in the air

As a falling angel

Cast out of Heaven perhaps

Who opened his eyes

Before crashing into the fallen and cursed, terrestrial plain

Just to think to himself,

“Goddamn… it is so beautiful.”

I felt the vertigo grip me

Yet I lost not my balance

As any wavering would be death

I stood there for a single moment

I marched in my mind

Both forward and back

Foolish and bold though it was

There I stood forever

And though after that moment

I walked back away from the Canyon’s treacherous edge

I never left it

I am standing there still today

Suspended in the air

Held by an unseen stone

As unsure as it is firm

Until I eventually fall

Into my own bliss

If only as a whisper

Through the lips of eternity

Or only the moment

It makes no matter to me.